6 Tips for Taking a Car Seat on the Airplane 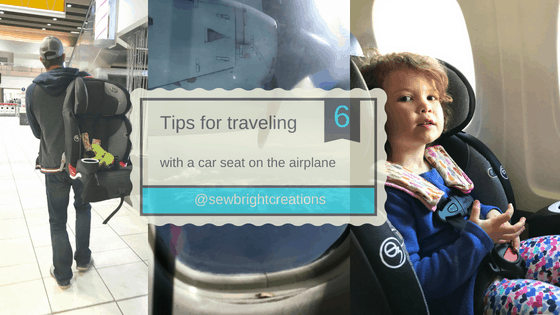 How do you feel about air travel with small children? Our now 3.5 year old has always been a good traveler, but traveling on the airplane hasn’t always been easy. Since having her own seat I find she is restless and wants to move around. The seat belts just don’t cut it.

For a while now I have wanted to try taking her car seat on the airplane because not only is it safer, but it would contain her and I thought she would maybe actually sleep. She’s great at sleeping in it in the vehicle, but has rarely slept on the airplane in her regular seat. The thought of taking a carseat on the airplane has given my husband some anxiety and the last time we traveled by plane he asked me a million questions about whether you’re allowed to, if I am really sure you’re allowed to take it on the plane, etc. On our way to the airport the last time we had planned to take it my daughter ended up peeing in her car seat. Go figure. Needless to say my husband was relieved and we did not take the car seat on the airplane!

Now, fast forward a few months later to this past weekend and we had not only planned to travel by air, but we also needed the car seat at our destination! Win or mom on taking the car seat on the airplane! YES! So if you have anxiety about this, like my husband did, I have just a few simple tips for you! 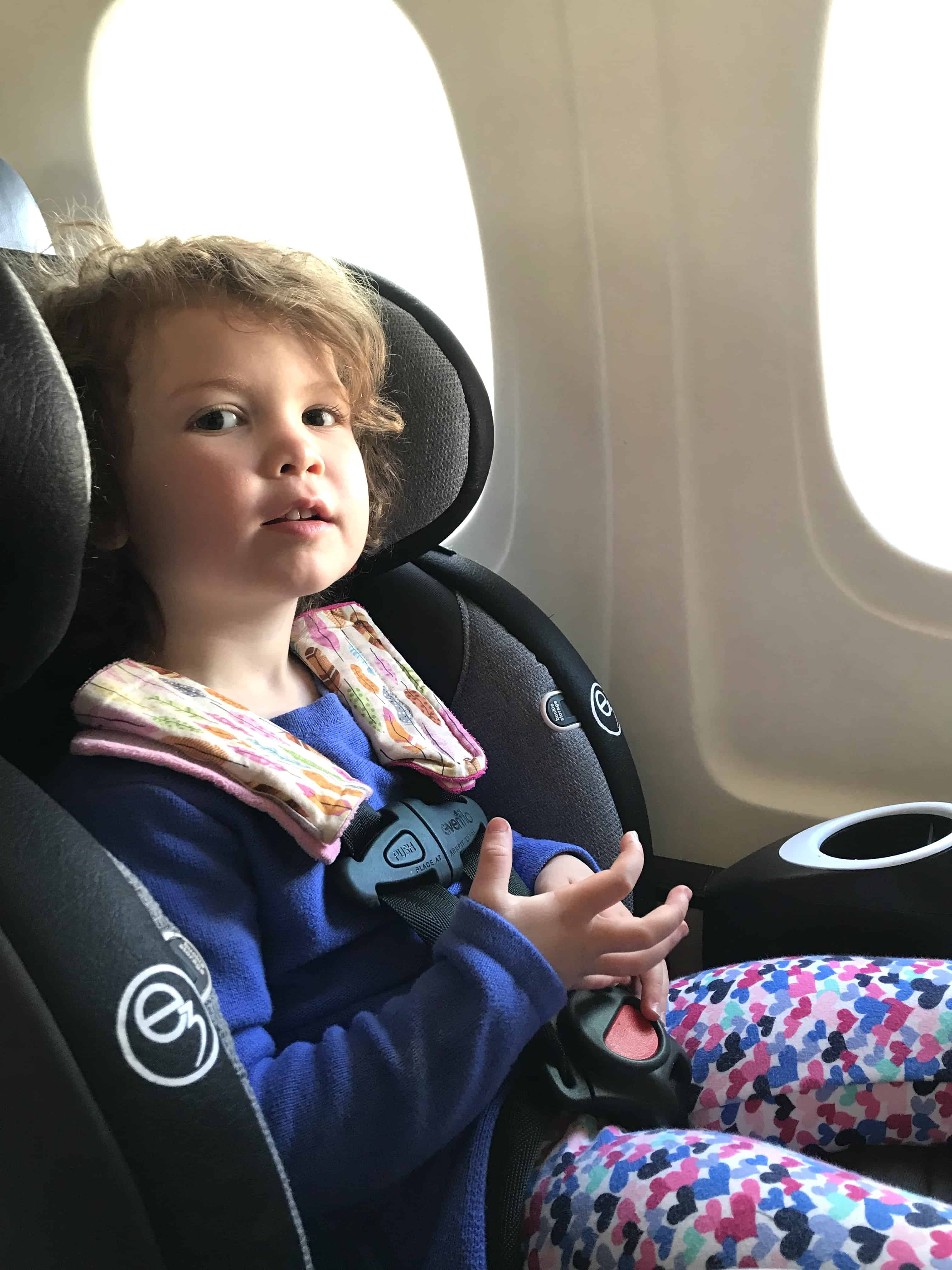 6 Tips for Taking a Car Seat on the Airplane

Make sure your car seat is approved for airplanes. I didn’t realize this was even a thing until I was doing some reading online at the airport. From what I understand, most new car seats are approved and they all have a sticker (it was a maple leaf looking thing), but just double check before you go. We took four short flights and only one fight attendant checked for the sticker, but it would even give me anxiety if we got on the plane and it wasn’t the proper car seat.

We have two car seats. One is very heavy and clunky and rarely gets moved. The other is much lighter (and cheaper) and was the one we used for air travel. Make sure you have a lighter car seat to take on the airplane, it will make the experience a lot easier. If you travel a lot, I would suggest purchasing a cheaper and lighter car seat for traveling. 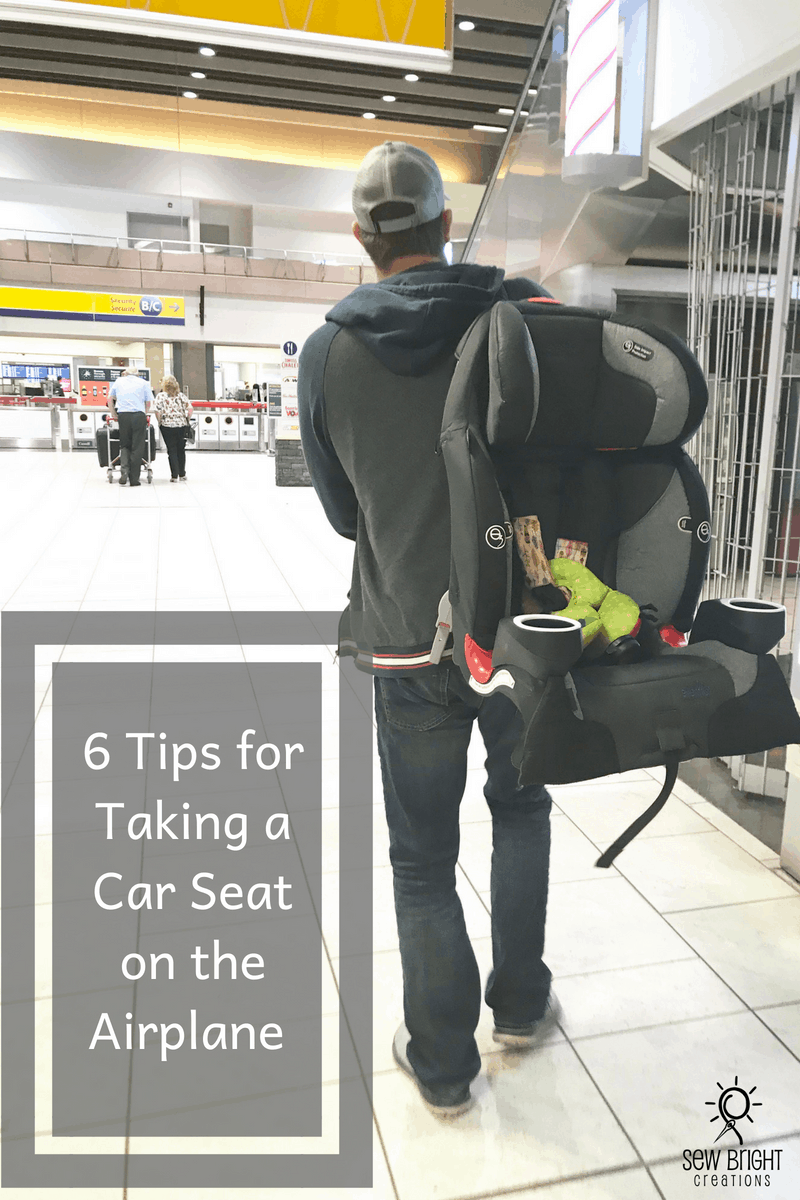 3. Plan How You are Going to Carry it

Plan ahead about how you are going to carry it. Luckily this time I had my husband on board to carry it for us, but I often travel solo. This is when one of those car seat carriers would be great. I’ll include a link below for one I saw on Amazon. It would be worth checking your local buy and sell or borrowing from a friend too. I always try and travel as light as possible, so with that and a backpack, I think it would be manageable for one adult.

It was really easy to buckle the car seat in, the airplane seat belt just went through the back part. The only problem is that the buckle is quite large and was pressing into my daughter’s back. Luckily I had a small blanket with us and ended up just putting that behind her (once I realized what she was complaining about!). I fully understand that it is not safe to put a blanket here while traveling by car, however I took the extra foam piece that came with the car seat out because I didn’t think we needed it for the airplane. I do recommend brining that or something small and soft to place behind their back so the buckle does not irritate them.

The photo shows where the buckle goes through the back. 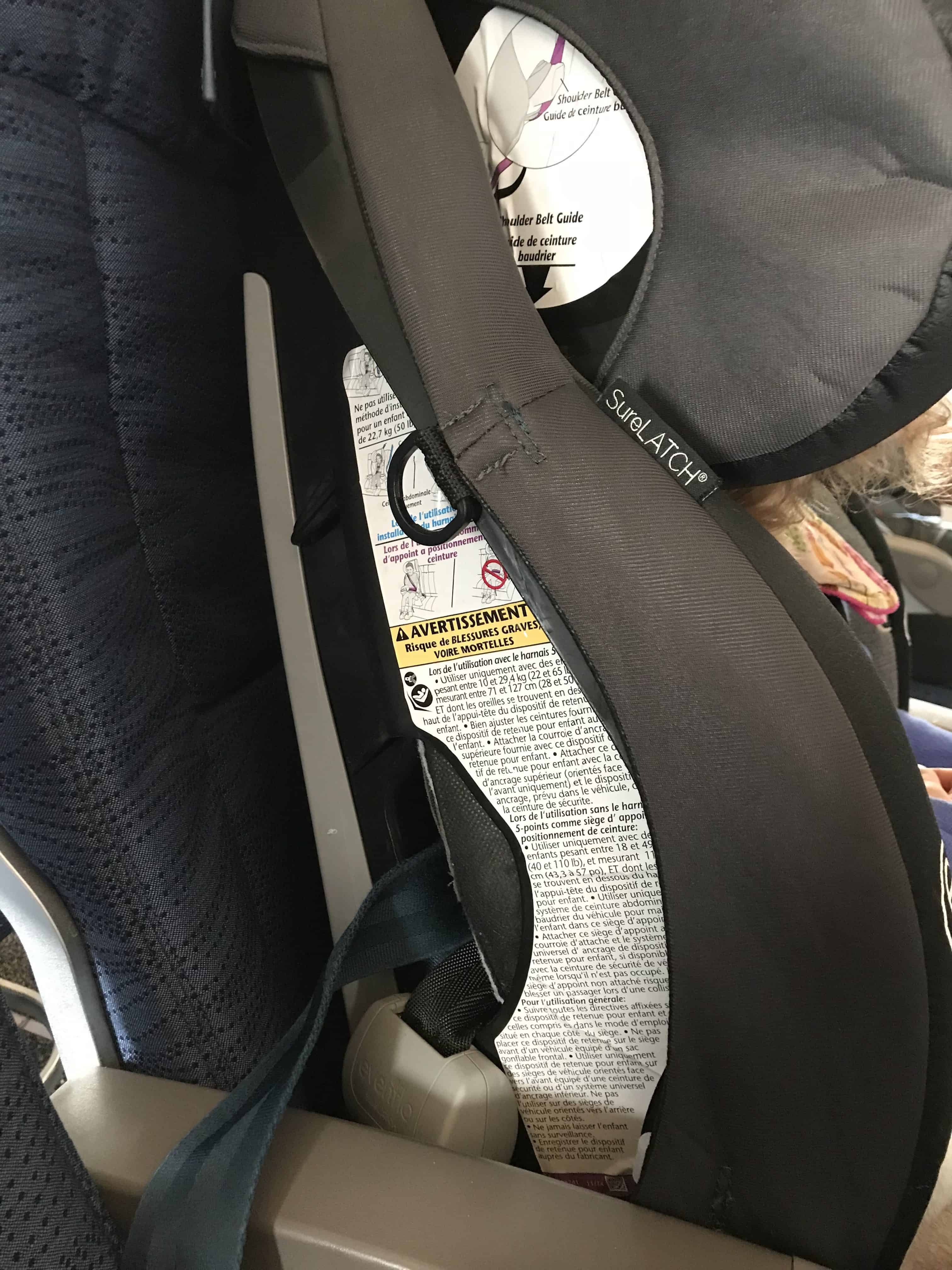 The lap tray did not fully stay down with the car seat, so just keep this in mind. This is when a drink holder on the car seat comes in handy. You could also bring some sort of lap tray of your own for a longer flight. 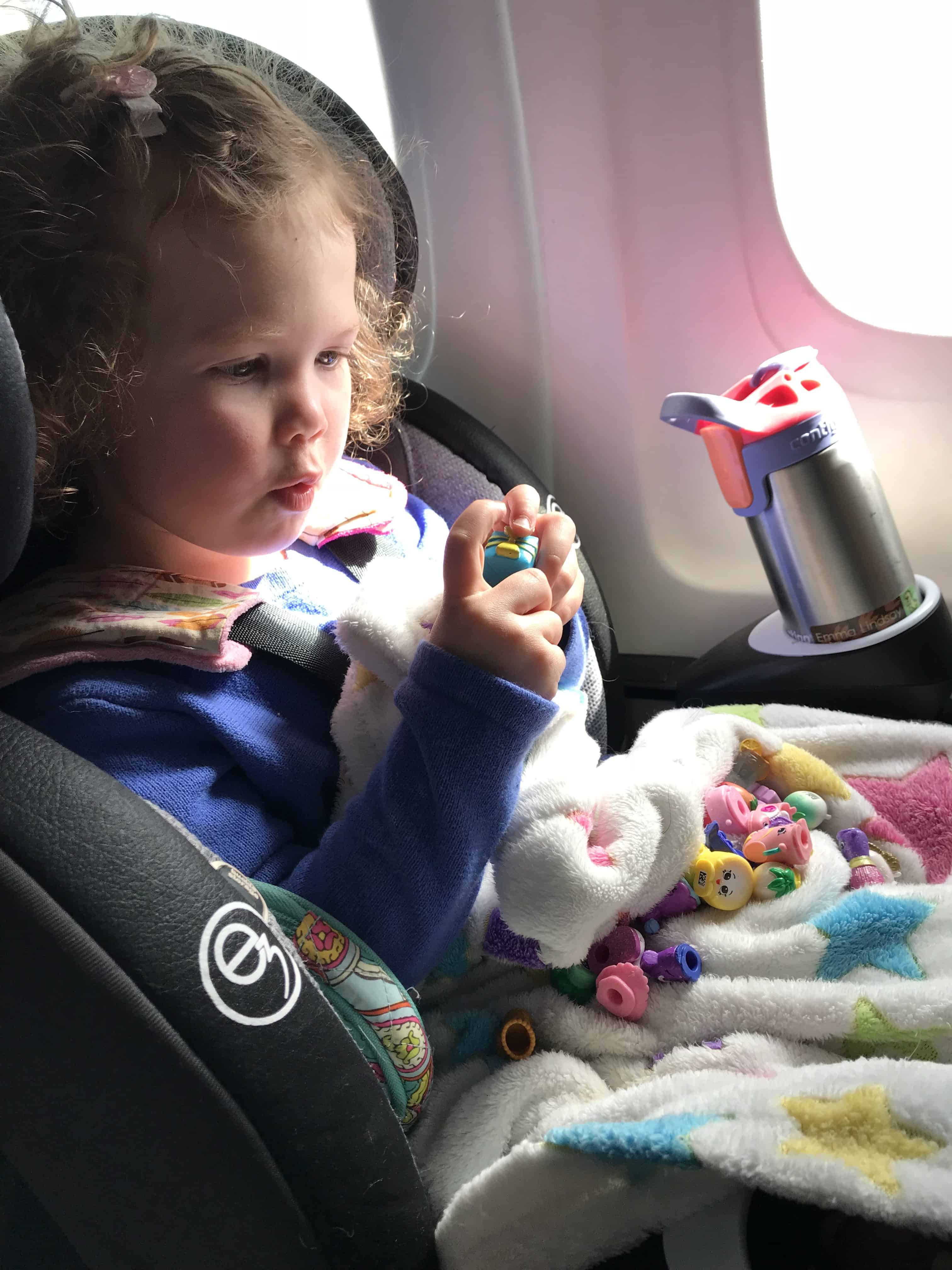 Honestly, it really wasn’t bad at all! I know I didn’t have to carry it, but still, my daughter was happy, she even slept for the last flight! She was asleep before take off even! She was safe, especially through the turbulence and while landing when they just want to fly forward. They also get a better view because they are higher in their seat! I would definitely recommend taking a car seat on the airplane.

We did get asked several times about checking the car seat, but you just have to tell them that you are taking it with you on the plane and we didn’t have any problems! 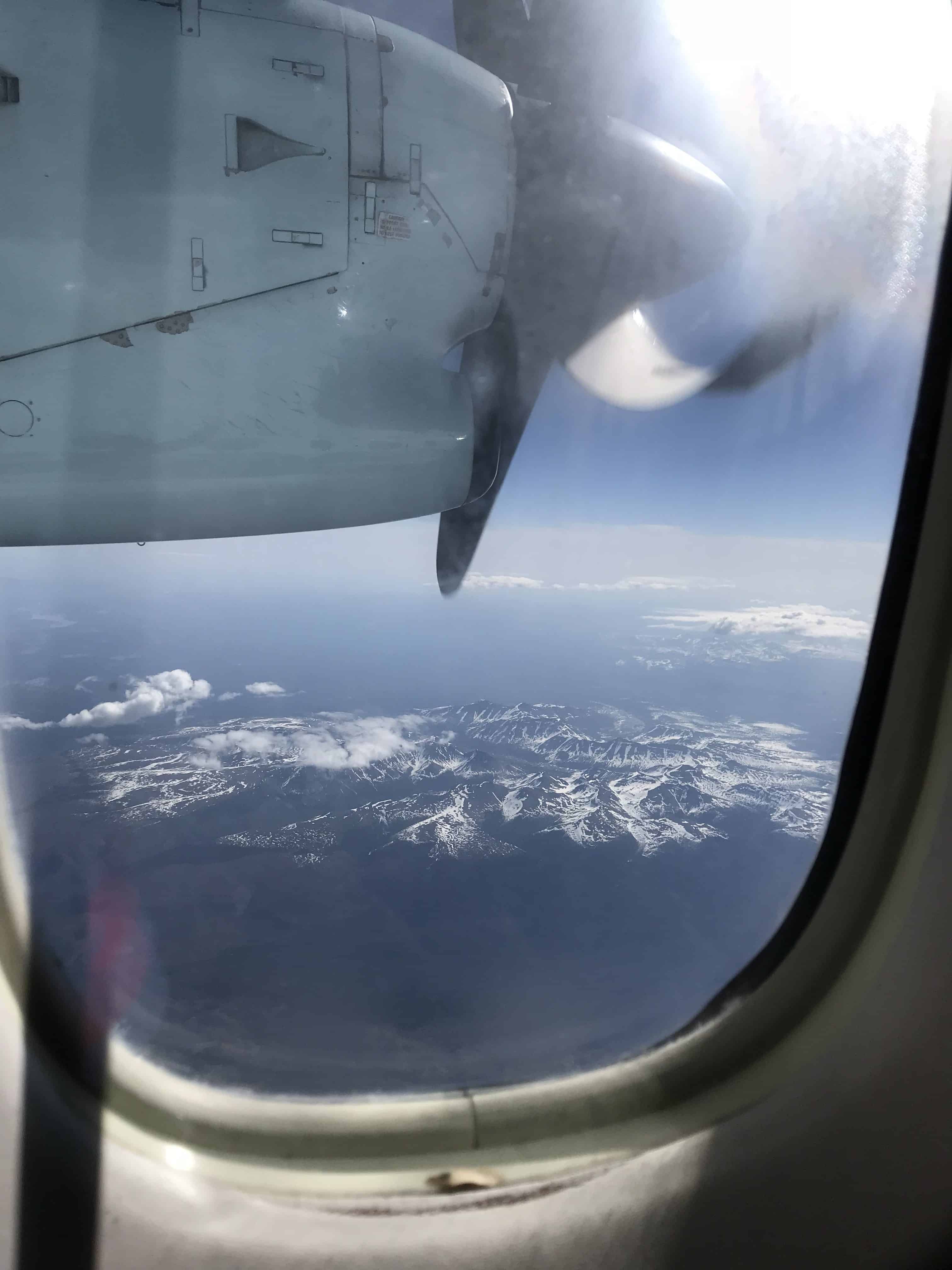 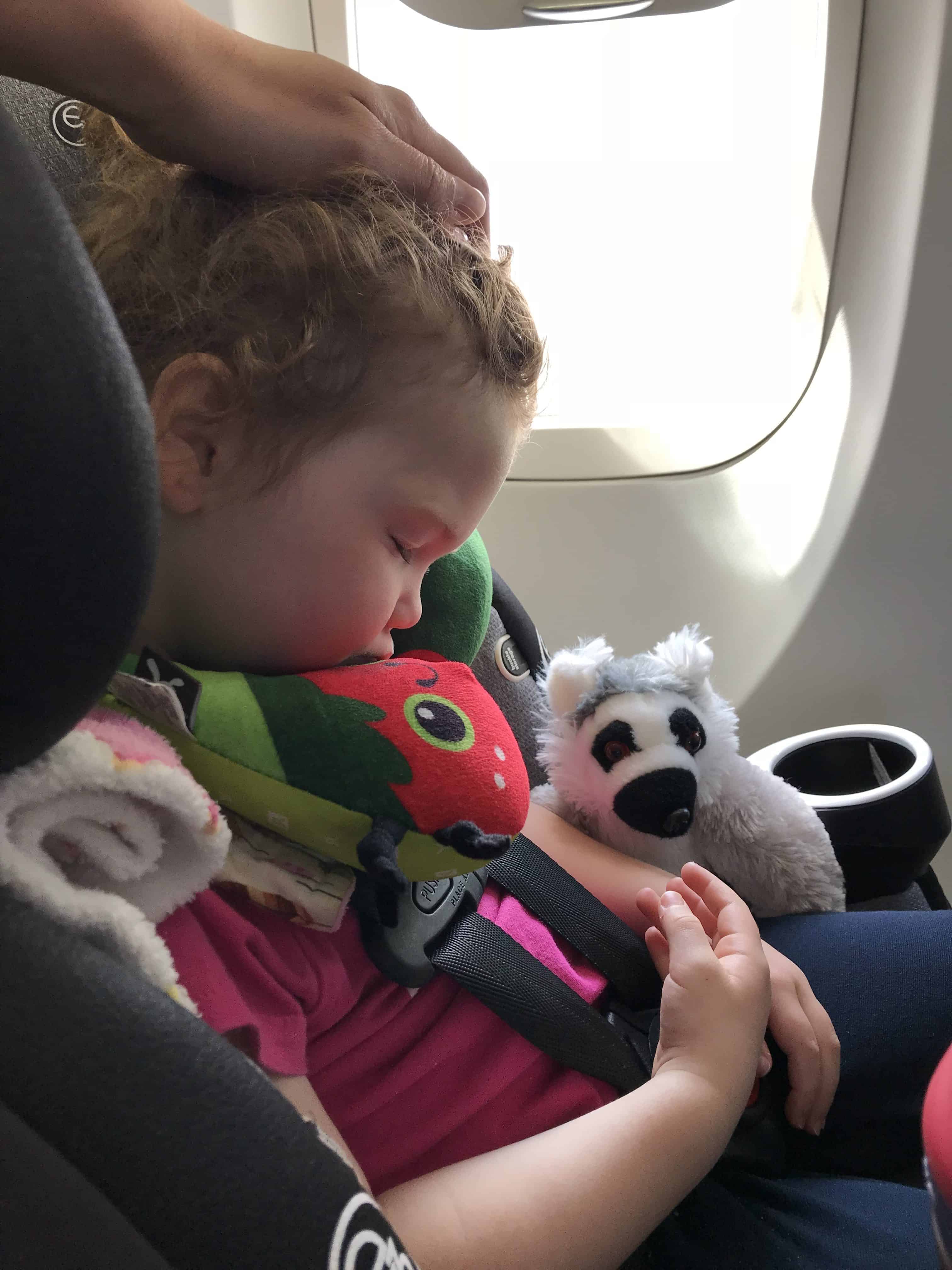 What are your thoughts? Do you or have you taken a car seat on the airplane?

You can also check out some of our other travel tips HERE!